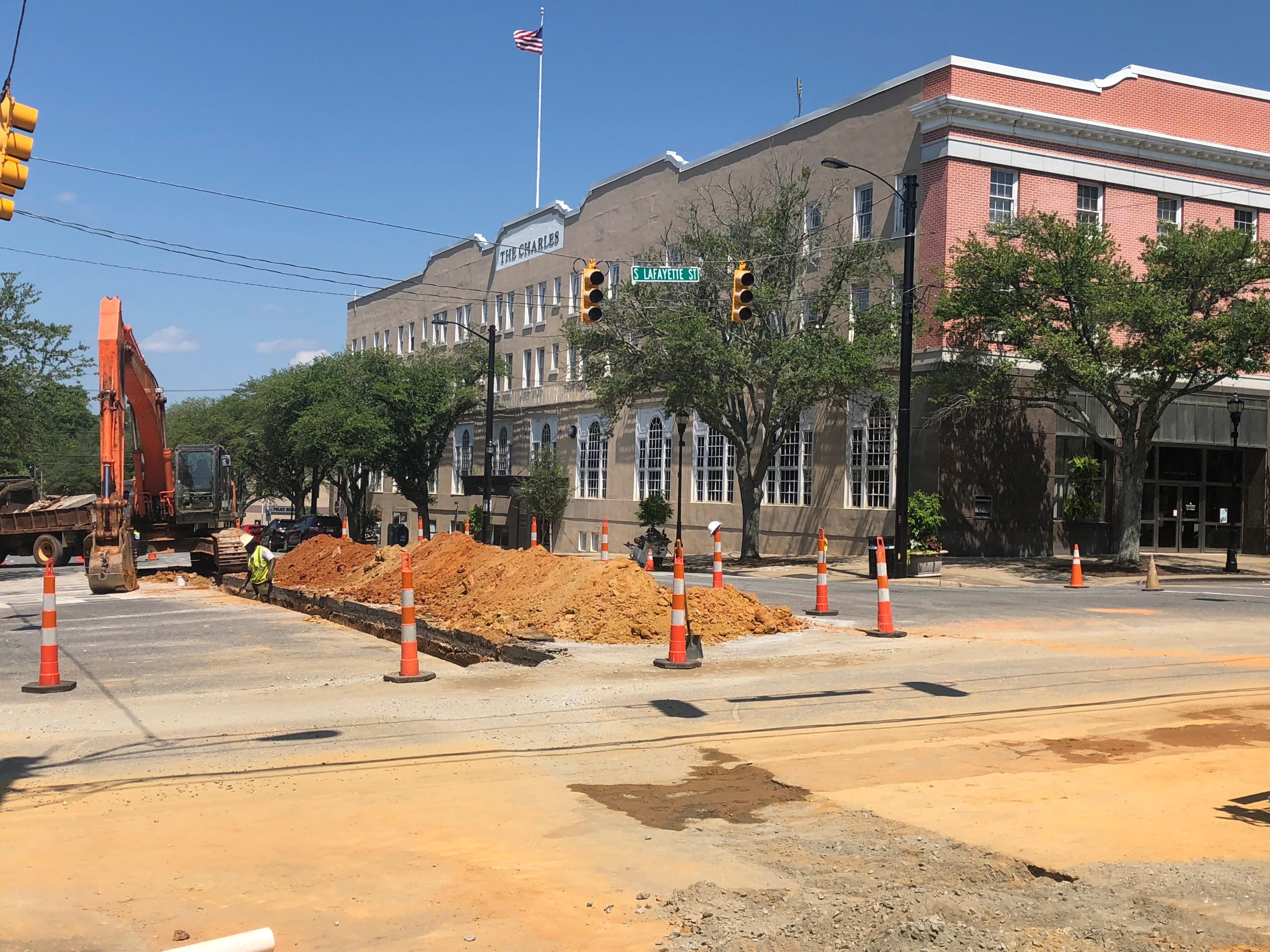 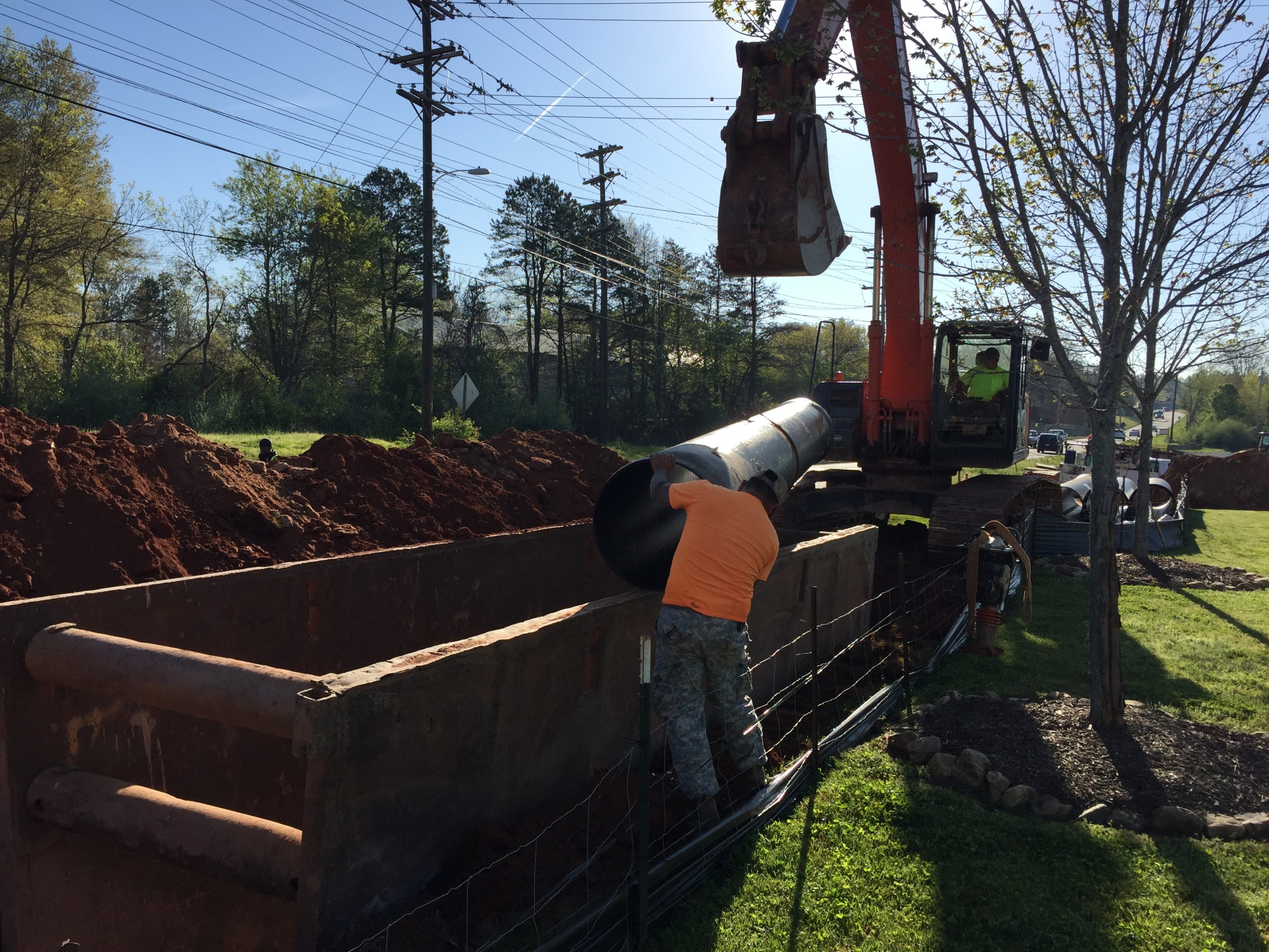 The City of Shelby operates an extensive water treatment and distribution system with a maximum treatment capacity of 12.0 million gallons per day (MGD).  Much of the distribution system, particularly in the Uptown Area, was installed in the early 1900’s and consists of cast iron piping assembled using lead joints.  Although this infrastructure has served the City well, the old piping is prone to failure and is extremely difficult to repair.  The City recognized the distribution piping needed to be replaced with a more durable modern piping system and enlarged to provide increased fire flow capacity.